Member for Northern Metropolitan and Leader of the Australian Sex Party has congratulated Treasurer Tim Pallas on the handing down of the Victorian State Budget 2016/17 praising the record spend on infrastructure particularly in Melbourne’s north. But whilst key infrastructure investments are crucial for the state, she also believes there have been some missed opportunities.

“First off, I am very pleased that the government has listened to my concerns and will commission a feasibility study into extending  the 86 tram route,” said Ms Patten. “It’s vital given the growing population of the area and will give much needed confidence for small businesses in the North.  Ask anyone who lives along this much used route and they’ll tell you that successive governments have failed to heed their concerns.  I am delighted that the journey for extending and improving the 86 has begun.

“Same goes for the $588 million extension of the South Morang rail line to Mernda. It means that one of the fastest growing communities in the nation will finally be connected to the network,” said Ms Patten.

“The funding of new schools in my electorate such as Richmond High School is quite exciting – as is the creation of the Victorian School Building Authority. Hopefully this new authority will identify some of the areas that are in desperate need of educational institutions such as Docklands and the Melbourne CBD which are experiencing a population boom. I want families to live in the CBD as they do in all major international cities but we need schools for this to happen. “

Ms Patten however has criticised the government for what she describes as a weak attempt at reforming payroll tax arrangements and pandering to some in the environmental movement in regards to bike sharing.

“If it were up to me I would scrap payroll tax altogether,” Ms Patten said. “Whilst I acknowledge that lifting the threshold to $650,000 is positive, it is over four years and just doesn’t go far enough. Business groups had lobbied for it to be at the $850K mark, but I think a $1 million dollar threshold would have given a massive boost small to medium size business operators. This would be returned to the community via business growth and employment.

As late as only a few weeks ago, Ms Patten had been pushing the government in parliament to fund a Parliamentary Budget Office similar to the one that operates at a federal level. She is pleased to see that the government has made good on its commitment earlier than it anticipated.

“This means greater transparency of budget affairs especially around election time, and gives the cross bench and minor party member the ability to cost policy proposals before bringing them to the table, “said Ms Patten.

Ms Patten said that the government was however short on revenue raising options.

INDEPENDENT FOR A REASON 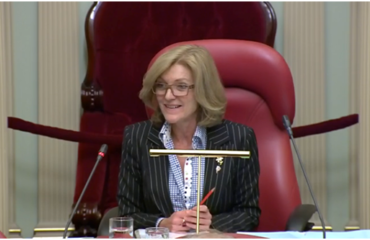 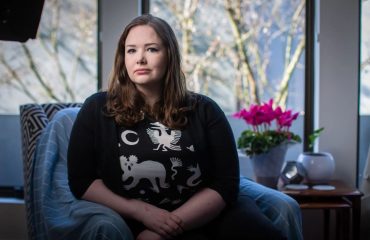