'I hadn't had a lot of sex lately': Fiona Patten, from sex worker to politician - Fiona Patten - Leader of the Reason Party 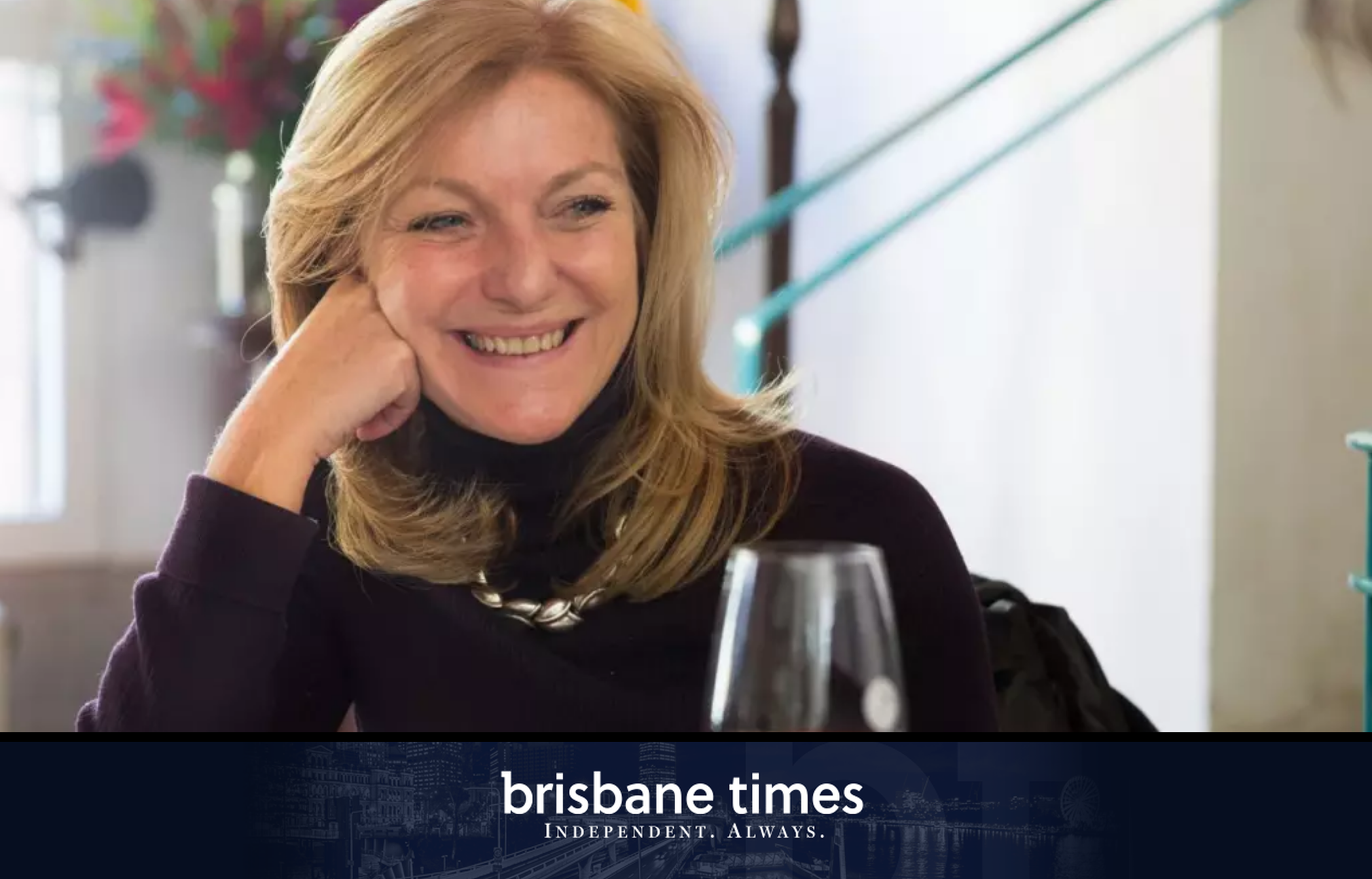 ‘I hadn’t had a lot of sex lately’: Fiona Patten, from sex worker to politician

Fiona Patten, libertarian, social reformer, politician and long-time advocate for the sex industry, leans back in her chair, takes a sip of her Campari and soda and lets loose a throaty laugh.

“Well, yes, I have written a book, haven’t I?” she chuckles.

“It’s just that while I was writing it, it was quite an abstract idea – I never really thought about people reading it.”

It’s likely a lot of people will read Patten’s book, irresistibly titled Sex, Drugs and the Electoral Roll. And plenty of them will find quite a lot of it very confronting.

The author’s transition to hands-on sex worker, for instance, is part of the unlikely conversation we’re having at the French Saloon, a rather lovely bistro upstairs in Hardware Lane.

It was 1990. Canberra. Patten was aged 26, a clothing designer who had taken a job managing Workers in Sex Employment – part of an HIV/AIDS harm reduction program.

“[It] involved driving around to Canberra’s 14 brothels twice or three times a week with large amounts of condoms, lube, sex education material and, very discreetly, needles for a needle exchange program.”

One evening, while visiting an establishment named Tiffany’s in the Canberra industrial suburb of Fyshwick – home of the national capital’s sex industry – she discovered the receptionist burdened with a dilemma.

The working girls were all engaged with customers and a client who’d been promised swift attention was left waiting.

And so, she led a plumber named Peter to Tiffany’s spa room, where the fellow “fumbled around in his KingGees”, produced $150 for an hour’s attention … and Fiona Patten’s part-time excursion into sex work was under way.

It led her into a high-profile career defending the right of the sex and pornography industries to exist, while at the same time trying to persuade governments to legislate violence out of legal erotica and to force society to face up to the scourge of child sexual abuse.

She says she believes she is the first public figure to have called for a royal commission into child sex abuse by the clergy when, in 1995, she published a booklet titled Hypocrites detailing 450 individual sexual assaults over 10 years by churchmen.

If Patten’s ethical path sounds complicated, she sees it mirroring the experiences of her great-aunt by marriage, the Australian suffragette and feminist Jessie Street, who stood (unsuccessfully) for parliament three times, became president in 1930 of the United Associations for Women, helped set up the first contraception clinic in Sydney and supported divorce law reform.

And for good measure, she considers her election to the Victorian Parliament in 2014 as the leader of the Australian Sex Party to have helped finish the work Jessie Street started.

The French Saloon may be in the middle of the city, but up here on the first floor above the lane it’s all white walls and comfortable bentwood chairs, sunlight flooding through large windows on this perfect late-winter’s day.

We agree it is a day for a glass of beaujolais.

Beaujolais, a lively red from a region of beautiful villages half a day’s drive south of Paris, was immensely popular with the frisky young in the 1980s.

That was the decade when Fiona Patten, born in 1964, moved from her adventurous teenage years into her vastly more adventurous 20s.

This is, however, no day for a mere glass of anything, we decide.

Sex, Drugs and the Electoral Roll, two years in the writing, was published that very morning. Anyone who has written a book knows the hankering for celebration that arrives on publication day.

We order a bottle. A 2014 Chateau Grange Cochard Vielles Vignes, a youngish beaujolais made from the fruit of century-old vines.

I take a shell of raw scallops bathed in olive oil treated with lemon, spicy espelette and almonds.

Patten’s book, 366 pages of uncompromising detail, charts an extraordinary life from a privileged childhood – her father was a naval commander, her mother was born to the English-Scottish upper middle class, and her childhood was dominated by international voyages aboard ocean liners – on to a seat in parliament with many hair-raising ventures along the way.

Did she set out to be so relentlessly honest, I ask?

“Well, I think I think it was the natural way to tell the story,” she says. “Look, really, I’m not a good liar.”

And that ripple of a laugh again, at how the absence of a talent for lying is an unfortunate trait for a modern politician.

It has, however, worked well for her in Victorian politics, where she has been a pivotal figure in gathering support for legislation that was barely imaginable a few years ago.

Patten has been central to Victoria’s shifts towards a supervised drug injecting room, for the nation’s first laws on voluntary assisted dying and for a legal framework around Uber and ride-sharing.

She is alone as an Australian politician who declares herself a recreational cannabis user, and believes if the 30 per cent of other MPs she claims use or have used the drug would join her, drug law reform would happen much faster.

Patten’s candidness was on show from her first speech to the Victorian Legislative Council when she announced she was “the first former sex worker to be elected to a parliament anywhere in Australia”.

She recalls a silence deepening and settling across the rococo chamber “like a low-pressure trough”.

Her follow-up, however, was the zinger of a practised provocateur and humorist: “I am sure that the clients of sex workers have been elected in far greater numbers before me.”

We pause to order steak frites, figuring it to be a signature dish for a French bistro.

The steaks, in a crust of Roquefort butter with shallots, cream and garlic, come pink and tender, the chips crisp and golden, perfect accompaniments to the beaujolais.

Outside, the nation is recovering from the latest leadership turmoil in Canberra, the city where Fiona Patten grew up and where, as the chief executive of the Eros Foundation, the lobby group for the pornography industry, she learned the skills of negotiating and doing deals with Australia’s most prominent and wily political figures.

She says she’s flummoxed by the number of politicians who are welded to religion these days, when every public indicator shows religion on a steep decline.

She has spent much of her career heaping disdain upon those who use the pulpit and parliament to push moral agendas and who, she insists, often turn out to be hypocrites.

The busiest regular period for Canberra’s brothels and for fly-in-fly-out sex workers, she says, is when the national parliament sits.

The busiest single weekend, she chortles, was in 1991 when the World Council of Churches held an international conference in the capital.

“It was absolutely priceless,” Patten says, and I notice fellow diners straining to lend an ear. “I was watching this queue of men going up the stairs to Northside Studio [a Canberra brothel], all with their little WCC calico bags. They were lined up at Tiffany’s as well, and Golden Apple and everywhere. Northside had 22 girls and they couldn’t cope with the demand. No one had seen anything like it.”

We go off-menu and each order affogato – that marvellous Italian concoction of ice-cream, espresso coffee and Frangelico.

Patten calls Swan “my soul”, but – in that no-compromise style – theirs is a strictly open relationship, complete with rules forbidding jealousy.

Much of her book was written at the property she and Swan own in the remote Brindabella Valley, about an hour out of Canberra. Purchased from the late 60 Minutes reporter Richard Carleton, the property was once owned by the family of Miles Franklin, feminist and author of My Brilliant Career, a historical detail which causes Patten clear satisfaction.

We sip old-school muscat as Patten explains her party is now called Reason. The Sex Party had run its course and could no longer attract small-l liberals and those who wanted a “sensible centre that can be progressive and in tune with where the community is on social issues”.

Could Fiona Patten be mellowing?

She lets rip with another of her smoky laughs that fills the restaurant.

I take that as a no. 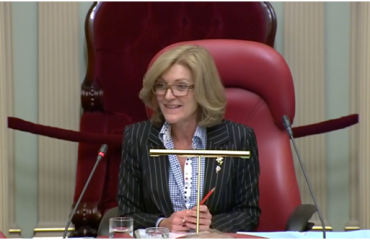 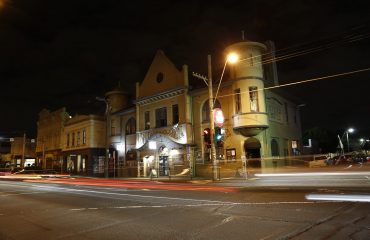 “It will be catastrophic, absolutely catastrophic”: The Bendigo Hotel’s plea to save live music venues 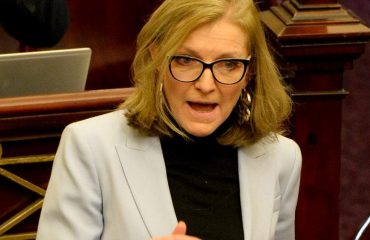