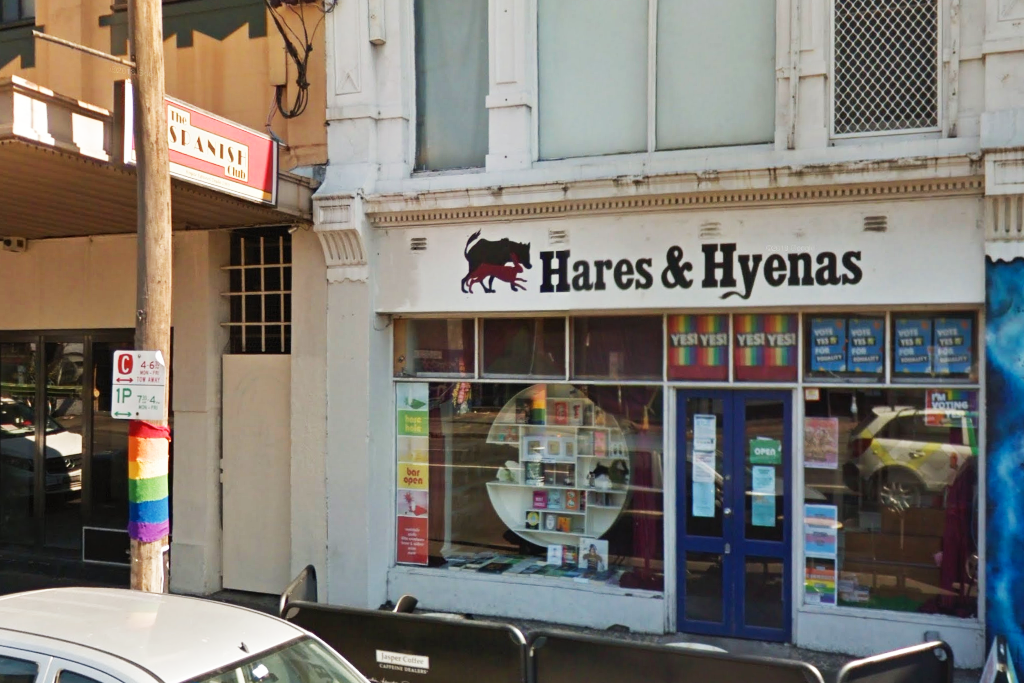 Melbourne’s LGBTIQ community is demanding justice for an innocent man who was seriously injured when police wrongfully raided beloved queer bookstore Hares & Hyenas on the weekend.

Around 2am on Saturday morning, police broke in through a garage to raid an apartment adjoining the bookstore, according to a Facebook post by Hares & Hyenas co-owner, Crusader Hillis. According to Hillis, the cops involved did not identify themselves as police, leading those inside the apartment to believe they were being targeted in an anti-gay home invasion.

“Last night (2am) we were raided by the police who broke in through our garage as they thought that an armed member of a ‘Lebanese’ gang was inside. At no stage did they identify themselves as police,” Hills wrote.

“They just stormed into a dark room shining torches and it was impossible to identify them as police. Nik Dimopoulos, thinking it was an anti-gay home invasion rushed out the door, downstairs and on to the street where he was forcefully detained.”

“At no time did the police when they were chasing him say ‘stop, Police’ as you would expect. He had his hands tethered behind his back way beyond what can be endured, and then they had no implement to remove them even after an ambulance had been called. He could only see boots and rifles and was assuming he was going to be bashed or shot. He said he thought he was about to be killed.”

According to Hillis, Dimopoulos “is now in hospital with the likelihood of losing the use of his left arm, which is broken in several places from the shoulder down”. Nine reports that his injuries required complex surgery involving bone grafts and pins to restore shattered bone.

At a press conference today, Victoria Police Assistant Commissioner Luke Cornelius apologised for the incident, saying that police “stuffed up” and had entered the property in error while searching for a man suspected of carjacking.

The Assistant Commissioner added the Dimopoulos’ injuries “demand explanation” and “a thorough and independent investigation”. At present, however, the incident is being investigated by the Victoria Police Professional Standards Command, a subsection of Victoria Police itself.

In the aftermath of the attack, Melbourne’s LGBTIQ community and allies have flooded Hares & Hyenas with a show of support, both online and in-store.

People are showing their support by buying books from Hares & Hyenas, telling stories about what the bookstore means to them, and raising funds for Dimopoulos’ recovery.

If @Hares_Hyenas is open today after this terrible attack I’ll be shopping there in solidarity this afternoon. If they understandably need time to rest and recuperate I’ll shop online or drop in later in the week.

Sending all my love to @Hares_Hyenas – such a safe and welcoming space. You can support them by buying a book in store or online or book to see a show 🌈💗 https://t.co/Of2AyonpqD

Sending love to Hares and Hyenas in the wake of the horrific raid that happened on the weekend. They’ve always propped our communities up. Crusader and Rowland provided me A LOT of support and stage time when I was starting out. True community royalty. ❤️

What can be done about this act of police brutality?

Email and telephone calls to these MPs/offices ⬇️. A sample script is provided. (Note: don’t group email these politicians/departments. Send individually or your emails may go through to spam/junk folders.) pic.twitter.com/knV7g6pRv7

Members of the community have also encouraged others to write to local and state MPs calling for an independent investigation into the incident and police brutality more generally.

Calls For An Independent Investigation Into Victoria Police’s Conduct

Premier Daniel Andrews has said that the government “will look very closely at what has happened”, but many have called for further action to ensure an independent investigation takes place, rather than just letting the police resolve this on their own.

Victorian MP Fiona Patten is amongst those calling for the government to urgently implement those recommendations following the Hares & Hyenas raid.

“When the police are responsible for investigating themselves, people can’t be confident in the outcome,” Patten said. “Awful events like this must be investigated thoroughly, and my hope is, independently.”

I want to see an independent body investigate the terrible police raid on @Hares_Hyenas and for all serious police misconduct #vicpol https://t.co/BjYy13TVtk

Speaking to the ABC this morning, Anthony Kelly from the Police Accountability Project, a public interest legal project based in Victoria, said that what happened to Nik Dimopoulos was not an isolated incident.

“We have spoken to many people who have suffered this sort of violence from Victoria Police and the effects are long lasting,” Kelly said. “And often, there is so little accountability after these incidents.”

“We speak to many families who have been raided, other international students who have been hospitalised by the critical incident response team. We are not seeing changes, and that is the crux of the matter for us. Victoria Police are still operating with such a high degree of impunity. It is why we are continuing to put the onus back on the Victorian government to ensure that there are robust, clear independent investigative measures after incidents like this that can ensure accountability and see systemic change.” 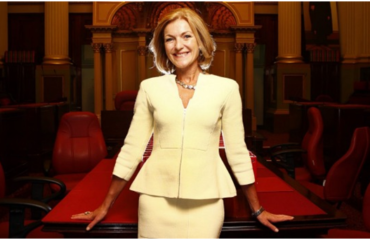 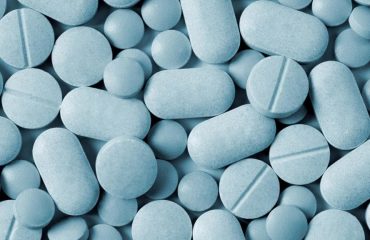