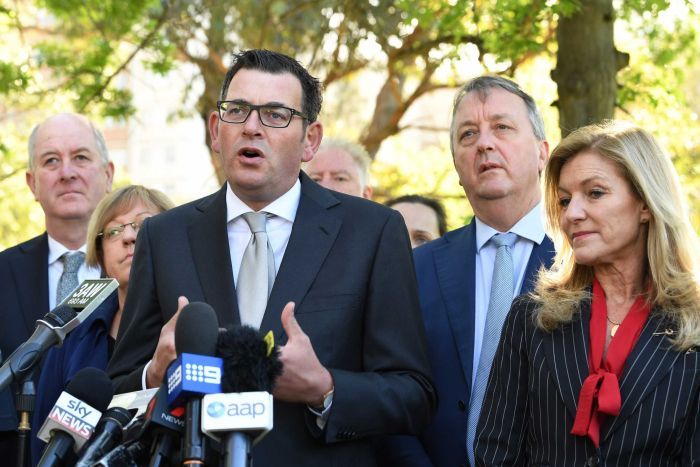 It was an unusual sight. A non-government MP standing shoulder to shoulder with Labor Premier Daniel Andrews and three ministers for a major policy announcement..

But the appearance of Reason Party MP Fiona Patten at the policy launch for a safe injecting room trial in Richmond could be the start of a new trend, with predictions neither major party will be able to win the 40-member Upper House at the November 24 election.

The 2014 election may have delivered government to Labor after just one term in opposition, but voters also elected an unstable Legislative Council, where Labor won just 14 of 40 seats.

The crossbench is critical to any controversial legislation, and even if Labor secures support from the Greens it still needs at least two crossbenchers to pass bills opposed by the Coalition.

Those willing to work constructively might be able to get some of their own policies pushed through.

Ms Patten, who was elected under the Sex Party banner but has since rebranded, has managed to see policies on abortion clinic anti-protest zones and voluntary euthanasia become law by pushing, and then working with, the Government.

With support for major parties waning, the likelihood is that smaller parties on the progressive and conservative sides of politics will continue to build on their footholds in the state’s Upper House, and indeed the federal Senate.

Both major political parties believe that, in the absence of electoral reform, minor parties will continue to get elected, especially with polls pointing to continuing decline in support for established parties.

Cory Bernardi’s Australian Conservatives, which already has one state MP in Democratic Labour Party defector Rachel Carling-Jenkins, will run hard in November and is likely to shave votes off the Liberals.

One Nation could sway suburban Labor and Liberal voters, as well as eat into the Nationals’ territory, even though Pauline Hanson’s party has a poor record in Victoria.

Ms Patten is eyeing off more seats and, at the very least, she is likely to be returned in Northern Melbourne.

“I think we will remain being a catalyst for change — we are not going to be taking over the keys to the Premier’s office after this election, but I think we can have influence,” Ms Patten said.

The Upper House will be the battleground for political fights, with the Opposition set to make life difficult for the Government, especially on any legislation on the West Gate Tunnel, which the Greens are also fighting.

“It will be a tough area this year politically, rather than trying to make the state any better, which is unfortunate,” Mr Purcell said.

Conservative-leaning crossbenchers share the Coalition’s concerns about crime, while Ms Patten has warned she will be at loggerheads with the Government over any new laws that are unnecessarily tough on crime.

All the MPs predict a close, if not hung, election result in November — and that’s just in the state’s Lower House.

The ABC this week spoke to the crossbench about which policies were priorities for 2018.

– James Purcell, from the Vote 1 Local Jobs Party, is focusing on local roads and hospital upgrades in the western districts

– The Shooters, Fishers and Farmers Party will do all in its power to stop the creation of the Great Forest national park

– Rachel Carling-Jenkins, from the Australian Conservatives, wants to give parents more say over the school curriculum 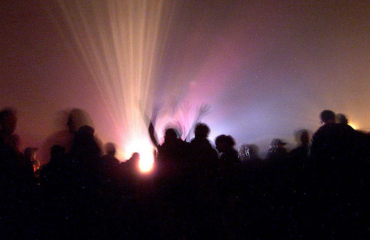 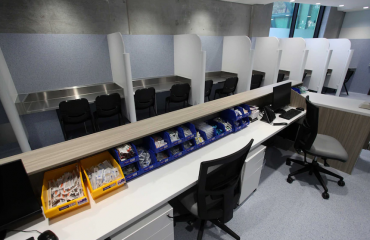