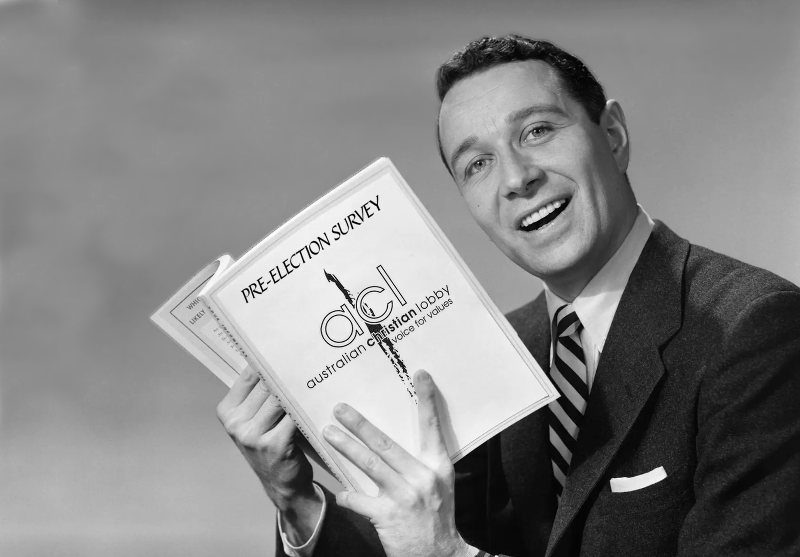 In the weeks prior to an Election we receive possibly hundreds of requests from various organisations to complete surveys on how our election platform intersects with their policies.

This year we received one such survey from the Australian Christian Lobby and I thought I might share their questions and my responses:

The Equal Opportunity Act 2010 allows faith-based schools to prefer the employment of staff that share their faith and values.

Q: Will your Party maintain the existing religious exemptions in the EO Act?

A: Absolutely not. Discrimination is discrimination and religious institutions should not be permitted to engage in it.

Extreme powers to investigate matters without having received a prior complaint were removed from the Victorian Human Rights and Equal Opportunity Commission in 2011.

Q: Will your Party commit to maintaining the existing law in this regard?

Role for the Church

Christian charities and churches play an important public role in Victoria through the provision of education, welfare and health services.

Q: What has your Party done to foster good relationships with religious communities, and how does it plan to work with them during the life of the next parliament?

A: We have an excellent relationship with genuinely charitable church run organisations – such as the Salvation Army and Uniting in their support of the Richmond Safe Injecting Room. We will continue to work with any organisations genuinely focused on improving the lives of Victorians.

Q: Will your party commit to supporting the ‘advancement of religion’ as a charitable purpose, resulting in tax exemptions for religious organisations under the Charities Act?

A: We introduced legislation to remove the ‘advancement or religion’ as a charitable head because it is being abused by for-profit businesses like Sanitarium. All genuinely charitable activity should be tax exempt, making breakfast cereal (as an example) should not.
The removal of the head of ‘advancement of religion’ does not preclude church run organisations from receiving tax exemptions for their genuinely charitable works like relieving the poverty, distress or disadvantage of individuals or families. This change would not affect schools, child care or aged care.

Victoria Police have identified human trafficking occurring in many licensed brothels in Victoria.

Q: Will your Party examine the highly successful Nordic Model approach to human trafficking and prostitution, which criminalises the purchaser of sexual services (rather than the person prostituted) and provides exit programmes for those in prostitution?

A: Absolutely not. We advocate for the decriminalisation of sex-work as the internationally recognised best practice model of sex industry regulation. The Nordic model does not decrease the prevalence of sex work, it just drives it underground putting sex workers safety and health at risk.

The use and abuse of illicit drugs is linked to a whole range of social problems such as incarceration, crime, domestic violence and family breakdown.

Q: What is your Party’s policy on illicit drugs? Will you rule out introducing drug injecting rooms?

A: We are proud to have introduced the safe injecting room in Richmond because it saves lives, reduces ambulance call-outs, improves public amenity and provides a difficult to reach cohort with access to rehabilitation services. We support a Portuguese style model of decriminalisation, where overdose rates are 3 per million as compared to 75 per million in Australia currently, and where harm from problematic drug use has been reduced significantly.

National statistics reveal that more than one woman is murdered by her current or former partner every week.

Q: What steps will your Party take to address the national domestic violence emergency?

A: We have strong policy focus on family violence, with a strong emphasis on prevention. Our full suite of policies can be accessed via: reasonvic.org.au.

The Productivity Commission has recommended a $1 maximum bet be implemented for poker machines.

Q: When will your party implement this recommendation?

Q: What will your Party do to tackle the related issues of homelessness and housing affordability, particularly where they relate to vulnerable women, children and families?

Victorian law compels doctors with a conscientious objection to breach their conscience by referring a patient to a pro-abortion doctor.

Q: Will your Party honour the State’s obligation to freedom of conscience by removing this provision from the statute books?

A: Absolutely not. People seeking advice with respect to termination should be referred to someone who is willing to provide that advice.

The Consultative Council on Obstetric and Paediatric Mortality and Morbidity Reports 2014, 2015 and 2016 reveal that in those 3 years there were 1238 post 20-week abortions. Of those, 378 were for psychosocial reasons.

Q: What services will your Party put in place to support women for whom the pressure of carrying a baby to term seems overwhelming?

A: Victoria has the lowest per capita expenditure on mental health in Australia and two out of every three young people in Victoria seeking mental health services are turned away. We will advocate for investment in early intervention and support services — additional mental health funding of $543 million by 2022, to deliver the timely care that Victorians deserve –  benefiting individuals and saving $1.1 billion a year.

Euthanasia and Assisted Suicide laws (Voluntary Assisted Dying Act, 2017) were passed in October 2017 and will come into effect in June 2019

Q: Will your Party commit to repealing this legislation before it comes into effect in 2019?

A: Absolutely not. We are proud to have initiated the inquiry that led to voluntary assisted dying. We will fight to ensure that terminally ill Victorians retain the right to die with dignity.

Q: What commitment will your Party make to the provision of palliative care services for all Victorians, especially those in remote and regional areas?

A: We commit to improved palliative care, as an entirely separate issue to euthanasia.

Statistics from the Australian Institute of Family Studies show a 20% increase in the substantiated number of reports of child abuse in Victoria since the last election (comparison of 2013/14 figures and 2016/17 figures).

Q: What steps will your Party take to reduce these figures?

A: We have a strong policy of protecting children, which is why Fiona Patten was the first party leader to call for a royal commission into institutional child abuse.

We understanding that an increase in reporting and an increase in offending are not the same thing. We are working tirelessly to prevent the cover-up of sex abuse, to make it easier for victims to come forward and most importantly, prevent it from occurring.

Special Religious Instruction gives students an opportunity to explore the tenants of Christianity and other faiths. The provision of SRI makes public education more attractive for families of faith.

A: We believe that Victoria’s existing public school policy of optional ‘out of class hours’ SRI is sufficient.

Children in public schools can meet for lunchtime prayer and bible study, and invite speakers to their groups, just like any other school group or society.

Q: Does your Party affirm this religious freedom and freedom of association?

A: Yes. We believe in freedom of and freedom from religion. Individuals should not be discriminated against based on religion.

Q: What is your Party’s position in relation to the Safe Schools program?

A: The ACL persists in mischaracterising the Safe Schools Program. It is an anti-bullying program that schools can implement where it is appropriate for their students. It has our full support.

Q: With mental illness increasingly identified as an issue facing Australians of all ages, what will your Party do to tackle this growing problem?

A: Victoria has the lowest per capita expenditure on mental health in Australia and two out of every three young people in Victoria seeking mental health services are turned away. We will advocate for investment in early intervention and support services — additional mental health funding of $543 million by 2022, to deliver the timely care that Victorians deserve –  benefiting individuals and saving health and productivity costs in the amount of $1.1 billion a year.

Many people with disability are isolated and struggle for resources and support. An increasing number of young people are being forced into nursing homes because they have nowhere else to live.

Q: What will your Party do to assist people with disabilities? How will you decrease new admissions of young people to nursing homes?

A: We will support the role out of NDIS and advocate for the state government to fill service gaps as they emerge. This includes appropriate accommodation for young people with a disability. 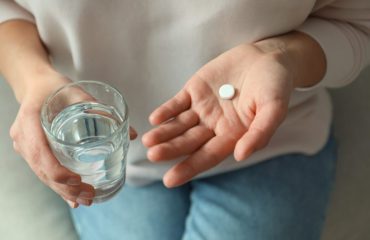 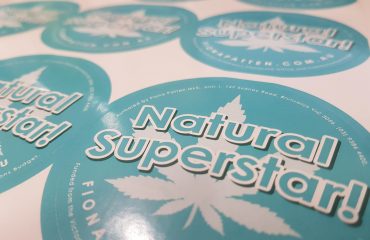