“In fact, you might call it the most political budget we have ever had. I can’t think of another time we’ve had a budget this close to the calling of a federal election and everything in it has to be viewed through that lens.

“The Morrison Government clearly hopes this will propel them into a winning position in the polls. In my view, it’s too little too late.”

Ms Patten said there were some parts of the budget where she saw positives, but that this was pork-barrelling at a new level.

“I can’t think of a time when the Federal Liberals paid so much attention to Victoria,” she said.

“They’re even investing in road infrastructure in Labor strongholds in my electorate such as Mill Park and Epping. That’s unheard of!

“The lifting of the high income 32.5 per cent bracket from $90K to $120K is a good move, but let’s be honest, these are already planned tax breaks that are just being bought forward for political purposes. And frankly most people would prefer we fixed our dental system than have an extra schnitzel a day.

“Meanwhile, we throw hundreds of millions at the school chaplains program – the dumbest use of public money in the education sector of all time. Counsellors yes – religious-based chaplains no thanks.”

“In a cabinet full of men, with a budget written by men and delivered by men, it’s not hard to see why women fair badly in most budgets. Tonight is a small exception – only because they are trying to get our vote. As Tanja Kovac wrote on The Women’s Agenda today, ‘we need a gender responsive budget, a gender responsive treasury and we need it yesterday….because Australian women are falling way behind the rest of the world in economic independence and financial wellbeing’”.

“It’s good to see local MP’s getting involved in how the government invests in their local community.” “While I welcome any investment in our education sector, this plan could allow MP’s to play favourites among schools in their electorate, and that seems to me to be open to abuse. This is a $30 million program, and I would rather all schools were treated equally.”

I Like a Tax Increase – But Can Someone Look at My Teeth Please?

“Increasing the top threshold for the 32.5 per cent bracket from $90,000 to $120,000 is a good move. But wouldn’t it be better spent on dental health? The Grattan Institute’s plan for universal dental care would cost $5.6 billion a year – half of the cost of bringing forward these already announced tax cuts. It seems winning an election is more important than providing universal dental care as health advocates have been urging the government to do for years.”

Just Woke Up, Did You?

“The $70.2 million on establishing centres to help Australians struggling with eating disorders is welcome news. But let’s not pretend this is a ‘new’ issue – medical professionals have been talking about this to me for years. The new facilities will be funded to provide 24/7 intensive care and support for those experiencing eating disorders, as well as provide training and advocacy. Good the Libs just woke up on this issue.”

“The $129 million to extend the cashless welfare card to all of the Northern Territory, and to Cape York communities in Queensland, is a racist policy that singles out indigenous Australians over the rest of the country. The Prime Minister and his cabinet should be ashamed of themselves.”

“The confirmation that $496 million will be invested in cancer research facilities is very much a welcome move. I applaud the government for this historic financial investment.”

Great Initiative – but not Enough Dosh

“Establishing the National Centre for the Prevention of Child Sexual Abuse is a great idea, but with only $22.5 million being invested, I am failing to see how the government is taking this issue seriously.”

Too Many Cooks Spoil the Budget

“I can think of at least 250 better ways that we could invest $12 million dollars. Throwing money at a replica of the Endeavour ship to circumnavigate the country is not only a waste of money but a slap in the face to Indigenous Australia’s who regard his landing as “Invasion Day”. This policy is about as popular as Tony Abbott giving Prince Phillip a knighthood. It’s a dumb idea. Cook didn’t even circumnavigate Australia!  I think this nod should really go to Matthew Flinders don’t we think?”

“I didn’t know that John Howard was still directing policy in Australia anymore? This government doesn’t know how to treat refugees with compassion, they have shown that over and over again. We don’t need Christmas Island open, we need to process all refugees onshore. What a massive waste of money.”

No Need to Railroad it – Just do it

“The $2 billion investment in Melbourne Fast Rail, that requires matching by the Victorian Government, is good, but I am not giving a round of applause to the government – they should be making these major infrastructure investments.” 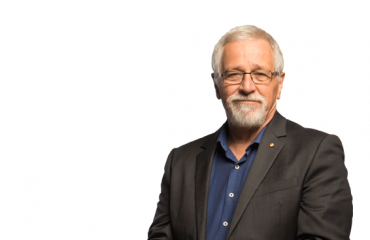 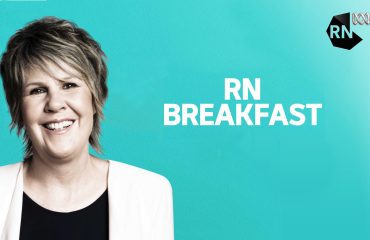