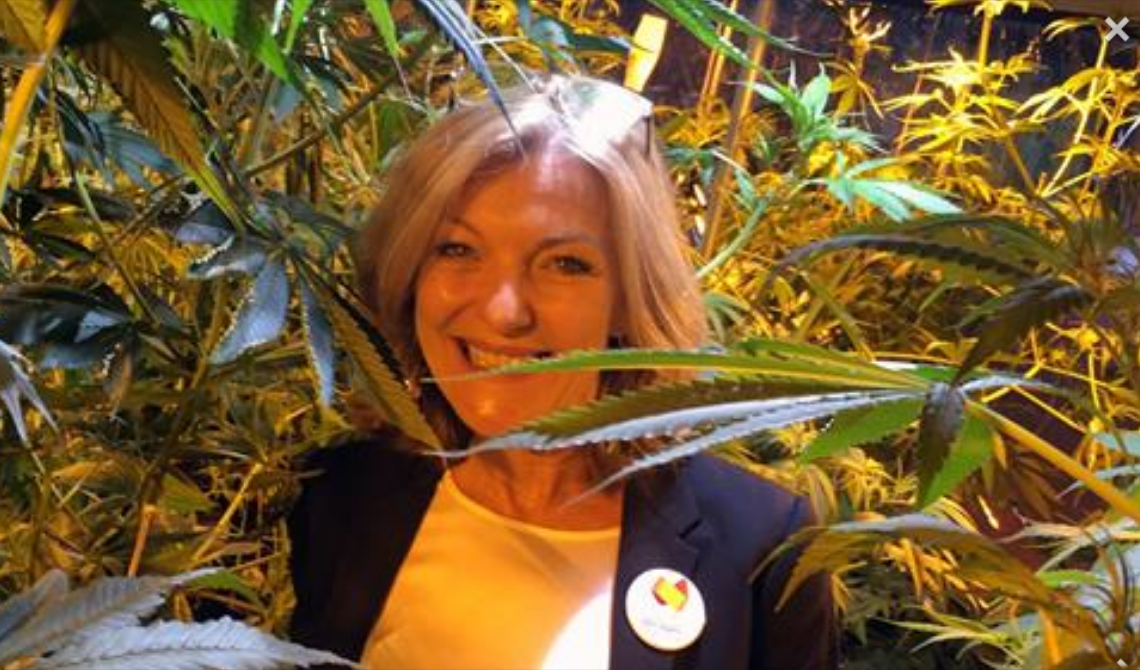 According to figures requested by the Reason Party, legalising cannabis and personal drug use would generate millions of dollars in tax revenue and benefit an overwrought legal system. By Alex McKinnon.

South of the border, where several states on the west coast of the United States have taxed legal cannabis sales for some time, the figures are even higher. California raised more than $US74 million from cannabis sales in the second quarter of 2018. In July last year, Colorado’s take passed $US500 million since recreational use was legalised in 2014.

Australia is yet to see a state government float the idea of legalising cannabis for recreational purposes. But figures from the Victorian Parliamentary Budget Office (PBO) suggest the policy could generate $136 million in tax revenue from cannabis sales in Victoria alone.

The figures, requested by Victoria’s Reason Party, costed two policy options – legalising cannabis, as Canada has done, and decriminalising personal drug use entirely in the state. The party’s decriminalisation proposal takes its cues from the Portuguese experience, where drug possession and consumption have been decriminalised since 2001 and addicts have been directed to health and social services, rather than to courts.

The PBO found that, together, the two policies would leave the Victorian budget nearly $350 million better off by the end of the 2021–22 financial year. “A reduction in justice enforcement, prevention, prosecution, and legal aid activities across the judicial and policing sectors” would save the state more than $200 million, according to the figures.

The amount of money on offer would pay for some of the biggest promises made in the campaign so far, or at least give the next government more funds to work with. The royal commission into the state mental health sector promised by the Victorian premier, Daniel Andrews, in October will cost an estimated $13.2 million. Labor’s promised redevelopment of Frankston Hospital would cost $562 million by 2024. Opposition Leader Matthew Guy’s signature payroll tax cuts for regional businesses would cost the budget more than $46 million a year, while his pledge to “fix crumbling country roads” would cost $1 billion.

The costings come in the midst of a Victorian state election campaign that’s been dominated by tough-on-crime rhetoric. Despite the state’s falling crime rate – which dropped more than 7 per cent in 2017–18 – an Ipsos poll in August found crime was the most pressing concern for 48 per cent of the electorate, far ahead of any other issue. Shadow police minister Ed O’Donohue has called the election “a referendum on who can fix violent crime in Victoria”.

“Privately, I think a lot of Liberals agree that it’s a waste of taxpayer money  to be locking up addicts and turning them into criminals.”

Aided by federal colleagues, the Opposition has leveraged the issue of “African gangs” to paint the Andrews Labor government as “soft” on crime. Partly in response, the state government has passed bail restrictions and mandatory minimum-sentencing provisions that have sent the state’s prison population to record highs. In April, Labor announced a new 700-bed maximum-security prison outside Geelong that will cost almost $700 million to build.

Victoria’s legal fraternity has been withering in its assessment of the “law and order” election. On Wednesday, the attorney-general, Martin Pakula, and his shadow, John Pesutto, faced a hostile reception from the Law Institute of Victoria at the Melbourne Press Club. Institute president Belinda Wilson said the restrictions on bail had turned the state Magistrates’ Court “into a 24-hour, seven-day-a-week operation”.

“We are now seeing a system where the presumption of going to prison, as opposed to getting bail, means our practitioners are dealing with some very low-level -offences and their clients are held in remand for excessive periods,” Wilson said.

And the complex and emotionally charged issue of drug abuse has been folded into the crime-wave narrative. Data from Victoria’s Crime Statistics Agency shows that criminal offences associated with methamphetamine increased nearly 50-fold between 2011 and 2016, making it the most common type of drug cited in use and possession offences after cannabis. In 2016, 5886 drug offences involved methamphetamine. Ten years earlier, six offences did.

As tightened bail laws have taken effect, people accused of drug possession are spending months or years behind bars before having their cases heard. Nearly 10,000 people were charged with drug offences in 2014–15 – up from fewer than 7000 in 2010–11. Fifty-seven per cent of them were prosecuted for drug use and possession.

A devout Roman Catholic, Premier Andrews’ position on drug policy has been unpredictable. In January, he dismissed calls to implement pill testing at music festivals after a mass overdose at a West Melbourne rave hospitalised nine people.

Last year, however, he reversed his longtime opposition to opening a trial opioid injecting room in Melbourne after speaking with the family members and loved ones of people who died from overdoses. In Victoria last year, 220 people died from heroin overdoses, the highest rate since 2000.

“To stubbornly continue with a policy that’s just not working, then that’s the wrong thing to do when there is an alternative, one that can save lives,” Andrews said during an announcement of the trial last October.

Andrews partly credited Reason Party leader Fiona Patten with his change of heart. Patten told The Saturday Paper that despite their philosophical differences, Andrews has been open to ideas he is first inclined to oppose.

“He has that great leadership attribute of being able to change his mind in the light of new evidence and what the community says. When I first said I wanted to move a debate on assisted dying, or create safe access zones outside abortion clinics, or establish the injecting room, his first response was, ‘No way,’ ” said Patten. “On all three of those issues, he has moved. We presented him with facts and community consultation, and I was pleasantly surprised that he came around.”

Publicly, the Victorian Liberal leader Matthew Guy has taken a hard line on drug policy. He has pledged to shut down the Richmond injecting room trial, saying the fact users are allowed to inject methamphetamine inside makes it a danger to the public. In April, he claimed that “ice and methamphetamines are being dispensed by the government” and the centre’s proximity to North Richmond Primary School “leaves all those kids and the safety of that school utterly compromised”.

According to Patten, though, many Liberals on Spring Street are open to conversations about decriminalisation when the cameras are off. However, she says the state election has empowered the party’s old-style conservatives who see drug policy as an issue of morality.

“Privately, I think a lot of Liberals agree that it’s a waste of taxpayer money to be locking up addicts and turning them into criminals. But I do worry that the Victorian Liberals are listening to a smaller and smaller base of social neoconservatives, and that Guy is being led by that,” she said.

Patten points to a sweeping inquiry into drug law reform that Victoria’s parliamentary committee on law reform, road and community safety conducted last year as evidence the government can talk sensibly about drug policy – at least when there’s no election on. Authored mainly by Labor and Liberal politicians, the inquiry recommended that “the Victorian government, while maintaining all current drug offences in law, treat the offences of personal use and possession for all illicit substances as a health issue rather than a criminal justice issue”.

“When you’re in Opposition, you’re different to when you’re in government. I hold hope that if Matthew Guy wins the election, he’ll be a more pragmatic leader than what we’re hearing now,” said Patten.

For minor parties, such as Reason, being able to get their policies costed at all is a recent development. In 2017, Victoria established the Parliamentary Budget Office, allowing Opposition and minor parties to independently cost their own proposals without relying on the government-controlled Department of Treasury and Finance or hiring external consultants.

“It’s been just amazing. It’s only been up and running for about six months, so this is the first election we’ve really been able to use it,” said Patten. “We could do back-of-the-envelope costings or hire someone before but having an independent body to do that work is another thing entirely.”

PBOs have given minor parties the opportunity to shift the debate on issues they campaign on by presenting detailed policy proposals to the public. In April, the Canberra PBO found a federal Greens proposal to legalise recreational cannabis consumption would raise $3.6 billion over four years. It was quickly dismissed by both Labor and the Coalition but having concrete figures gave the proposal weight in a way that would have been difficult to achieve otherwise.

While tying substance abuse to law and order is still standard fare for state and federal governments, minor parties of various ideological stripes have proved more receptive to doing things differently. Victorian Vote 1 Local Jobs MP James Purcell supported the injecting room trial, citing the success of the Kings Cross room in Sydney. “Legalise it! Legalise it and tax it,” Senator Derryn Hinch declared in a Radio 3AW interview in 2016.

As jurisdictions overseas begin counting their revenue, and the cost of law-and-order drug policies continues to climb, it remains to be seen if governments in Australia will take the bait. 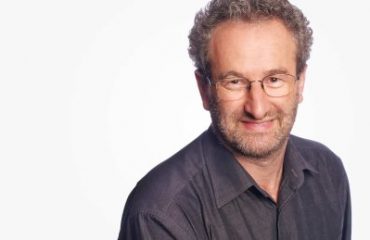 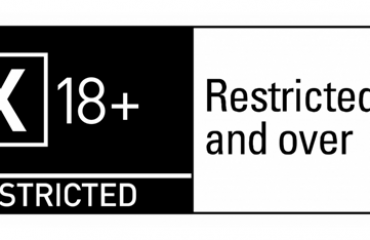