Ms PATTEN (Northern Metropolitan) (12:39): My question is for the Minister for Workplace Safety. My constituent Cameron badly damaged his foot after a workplace accident last year and is unable to attend work for some time. In order to be paid his salary he is forced to visit his local doctor at least every 28 days and have a form signed stating he is unable to work.

This is then sent to his insurer, who then processes it and sends it to his employer. The current WorkCover system requires a three-pronged process between the GP, the insurer and the employer. If there is mistake or a delay in the chain—for instance if Cameron’s case worker is away—he misses out on his pay, which he desperately needs as he is unable to work.

I therefore ask the minister: does this government have plans to streamline the process to remove human error, stop bureaucratic waste and give those on WorkCover payments peace of mind? 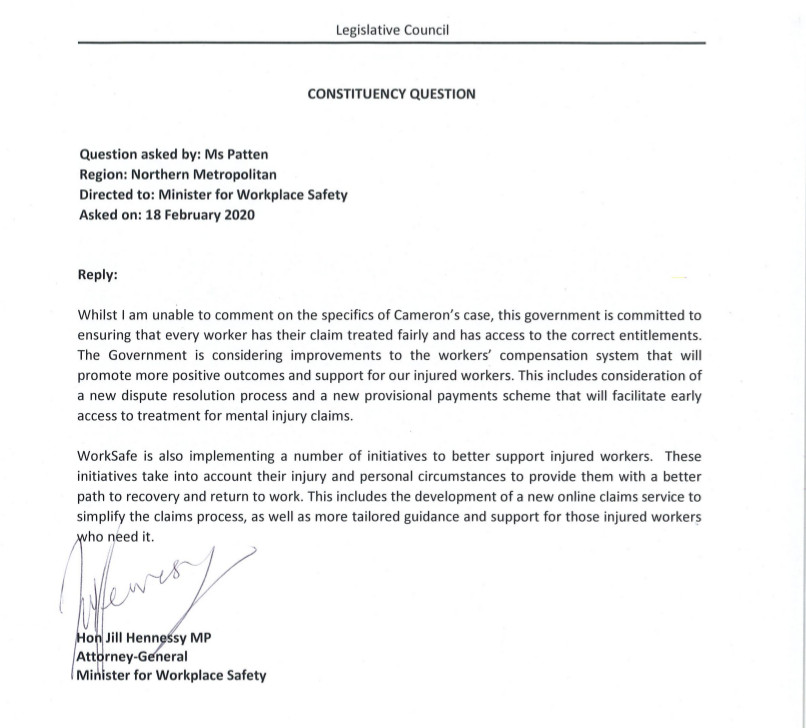 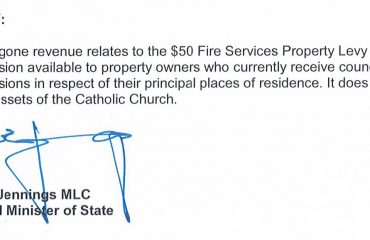