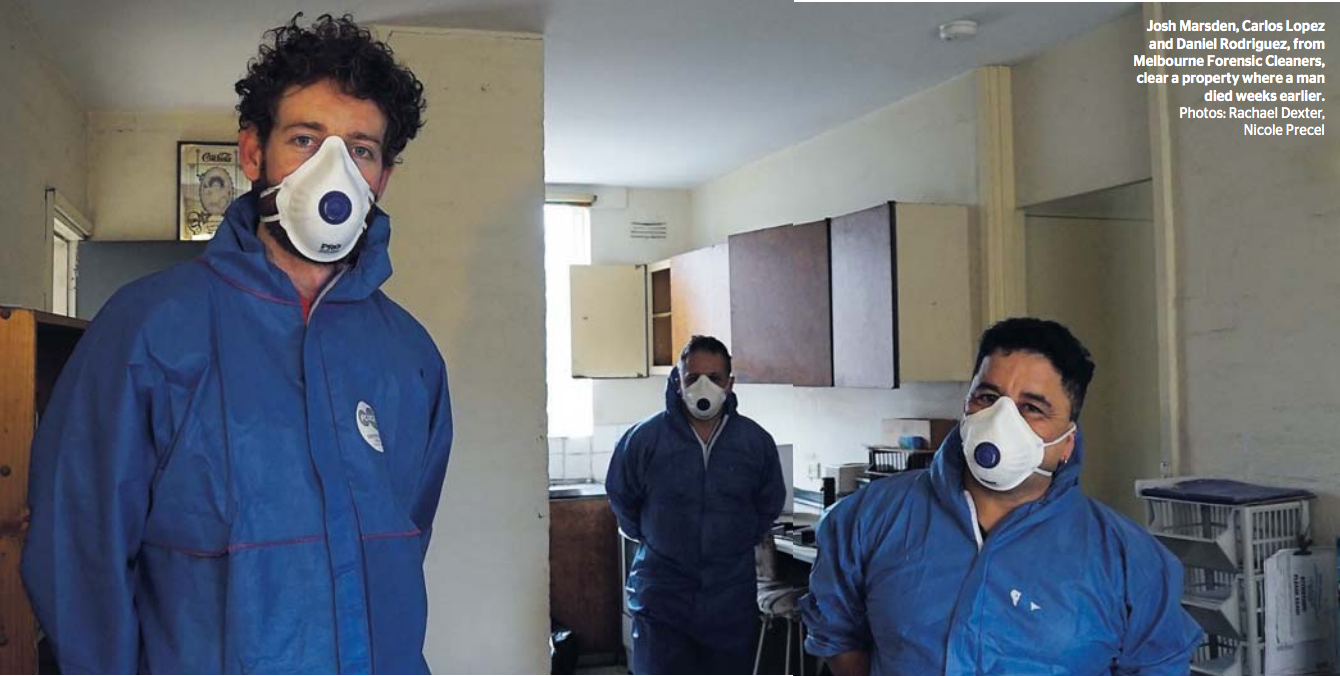 The Age: After a lonely end

People die alone in their homes every day. Nicole Precel talks to those called to go in after.

It’s usually the stench that prompts neighbours to call police. It’s unexpected, metallic, rotting. It coats the inside of your mouth, revisiting you hours later. It has been three weeks since Arthur* sat on his bed, his feet planted next to his bedside table where his wristwatch and bedside clock ticked away, then slumped over and drew his last breath.

His chequered handkerchiefs, blue slacks and white socks blew on a clothesline in the wind in his backyard. The dishes in the sink went unwashed and the days on the calendar he had been crossing off remained untouched.

The 89-year-old died in March and for three weeks his home became his tomb.

It’s a phenomenon called ‘‘lonely death’’ in Japan, where it is estimated about 30,000 take place annually. Australians are not immune. The Australian Bureau of Statistics says there were more than 158,000 deaths across Australia in 2018. Finding out how many of these are unattended is difficult. The National Coronial Information Service can’t easily bring up the number of lonely deaths or the time elapsed before they were discovered.

On July 4, a 55-year-old man was found in his Traralgon home after dying 15 months earlier. Milk in his fridge dated back to April 2018, leading police to believe he died as early as February that year.

But Josh Marsden says his company Melbourne Forensic Cleaning goes to unattended deaths every day. ‘‘We’ve gone to properties before where you can smell it from the street before we even enter the property,’’ he says. ‘‘Or [neighbours] can see thousands of flies on the windows, trying to get out.’’ Marsden is threading his Blundstones through the legs of his blue protective gear as he and two colleagues get ready to clean the inside of a brick apartment in Melbourne’s inner north.

As we enter the brick property, there’s a boot mark on the door. That’s because if police are called, they may need to kick the door open to gain access, says Linda Iles, head of forensic pathology services at the Victorian Institute of Forensic Medicine (VIFM).

‘‘We seem to be having a spate of having them every week,’’ she says. The person is taken to the Coroners Court of Victoria, examined by experts at VIFM and either the next of kin are told or, if they can’t be identified, they undergo further tests and might then be buried in Springvale.

Marsden opens drawers and books to find a will. It’s important at this stage as his team starts boxing up Arthur’s belongings.

A lot of Arthur’s belongings can’t be kept. ‘‘You know when someone has been dead in the property for three weeks, the odour permeates all your contents,’’ Marsden says.

‘‘So you can clean up that one area where the body was but there’s still going to be a significant amount of odour in the property, so we end up doing a full decontamination. Every wall, every surface gets washed with antimicrobials.’’ Marsden says in most cases people who are left for weeks effectively melt.

‘‘People see these movies and TV series on Netflix and think they can go in with a white suit and they might wipe some blood up and spray some chemicals around – it’s just not like that,’’ he says. ‘‘A lot of people think they have a strong stomach until they come on site, and as soon as they walk in the door they turn around and walk back out.’’

He crouches down to cut the section of carpet stained by the outline of Arthur’s feet. He plops it into a yellow biohazard bin. ‘‘The bigger the person, the more mess they make. If they die in a bathroom after a significant amount of time we might take the tiles up, remediate the concrete underneath and sometimes encapsulate depending on how deep it’s gone into the concrete.’’ But that’s not necessary here.

Their main goal is to make it look like nothing has happened. ‘‘The owners don’t often enter the property, the police refer us to the family or next of kin prior to them entering, so we remediate the property and from there on they can enter.’’

“You ring up your own mother or father and ask them how they are going.” Linda Iles, head of forensic pathology services, VIFM

Linda Iles is sprightly after spending the morning examining the insides of someone’s brain.

She’s been working in forensics for about 15 years and says they would examine one person a day in a relatively decomposed state. She says there are two types of decomposition – putrefaction and mummification – although many cases involve a mixture of both.

If it is hot and moist it’s likely a body will putrefy, which involves ‘‘purge liquid’’, a coffee grounds like substance with a sour odour that moves out of orifices due to pressure. ‘‘If there is an opportunity for flies to be around they will lay eggs, which will increase the level of decomposition,’’ she says. 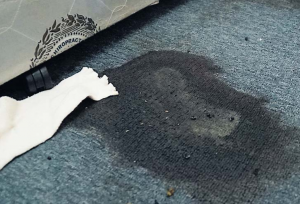 It’s not uncommon for Iles to see hungry pets who, in a desperate bid for food, take a bite of their beloved owner.

‘‘It’s sort of understandable because the animal is left without any food, so we do see that from time to time,’’ she says. She describes mummification as a ‘‘coffin-like situation’’. ‘‘They will become kind of quite dried. Particularly if it is a well sealed-off environment. So these odours that are associated with decomposing people aren’t as prominent and they might not have as much insect or fly activity.’’ If someone has not been found for three years or so, it’s likely because they’ve been mummified.

Iles sees her fair share of sadness, but people dying alone and not being discovered for months and months leaves her with a heavy feeling. ‘‘You ring up your own mother or father and ask them how they are going,’’ she says. ‘‘It is a little reminder to deal with your own business.’’ While elderly people make up a large number of lonely deaths that come through their labs, the labs also have people estranged from family for one reason or another.

‘‘It’s actually quite important not to judge because you don’t actually know what’s happened to make this person lose contact with their loved ones,’’ she says. Marsden says lonely deaths, while sometimes inevitable, are a symptom of our society. ‘‘There’s more isolation,’’ he says. ‘‘It’s not that community where everyone checks up on each other anymore, they don’t share produce like they used to back in the day.’’

In one instance the neighbours knew that if the blinds next door didn’t go up, then their neighbour had died. ‘‘But it’s rare that that happens. It’s rare you have someone willing to check up on you and make sure you are OK,’’ he says.

For some people who live alone, a Red Cross service called Telecross takes the form of a friendly welfare check. It provides a daily phone call, 365 days a year, to isolated people. If the call is not answered on the third attempt, an emergency procedure is activated.

Caitlin English, Deputy State Coroner, has been working at the coroners for just over five years. English says that while the term ‘‘lonely death’’ isn’t one they use, it’s certainly an issue they are aware of. They don’t have any defined figures, but anecdotally English says they have about one case a day.

‘‘We have about 6500 cases [of all kinds] reported to the court a year … about 20 per cent of the cases are deaths arisen as a result of accidental death through injury, about 10 per cent are from people taking their own lives, about 40 per cent are from natural causes.’’

A Swinburne University study found that loneliness and social isolation increased the likelihood of an earlier death by 26 per cent. ‘‘It’s interesting as to how we deal with that as a community. It raises some really interesting and important questions about who we are, what’s important, how we can address that,’’ English says.

Bereavement counsellor and clinical supervisor Susan Meyerink specialises in supporting families of those who die alone. She says most of her clients are relatives of young men in their 20s or 30s who have died and who lived alone or in shared accommodation.

‘‘Some have substance abuse conditions, they may be estranged and all of a sudden the family finds out they have died through someone else,’’Meyerink says.

‘‘It’s quite traumatic. Not only have they lost the person but they have to wait for the autopsy and findings and often that comes back unascertained.’’ Many of her clients come from the coroner’s court, or self-refer through ‘Dr Google’.

She says until a person is found, family and friends are often wondering what has happened. ‘‘They start calling and hoping the person is OK and then someone – not always the family, it could be the next-door neighbour – smells a funny smell. The mail is piling up, the bills aren’t paid.

Going down that whole process of police, coroners – the general public doesn’t really experience that until something awful happens, then they get swept up in the process and the grief can get lost.’’

Britain has recently introduced a minister for loneliness, and English says it’s worth considering whether something similar is needed here.

Victorian MP Fiona Patten has proposed that the state introduce a minister for loneliness to work across the justice, health, communities and infrastructure portfolios. That idea has the backing of the Coalition to end Loneliness.

‘‘It has more of an impact healthwise than obesity in terms of looking at mortality,’’ English says, adding that while it is identified as an ‘‘emerging health issue’’, there are no solutions yet.

It was members of Arthur’s sports club who noticed he’d missed a few of their meets and became worried. They called police, who discovered him. Marsden’s team is boxing up Arthur’s trophies so they can be cleaned and displayed at the club. It’s where his spirit will live on.

* Name has been changed to protect identity 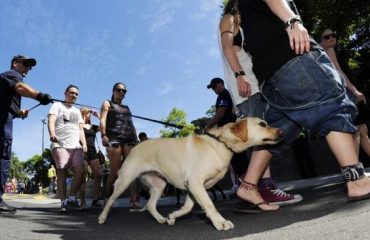 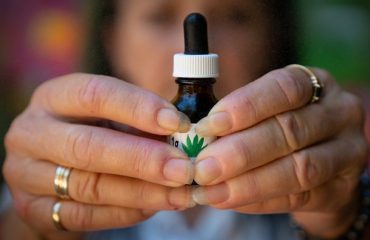 ABC News: Driving under the influence of medical cannabis is illegal, but patients are still taking the risk