'We aren't going to win the war on drugs': MP calls for Australia to allow Amsterdam-style cafes where customers can smoke marijuana and eat hash cookies - Daily Mail - Fiona Patten - Leader of the Reason Party 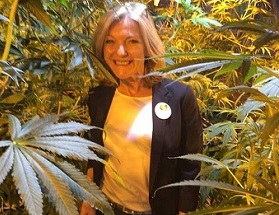 ‘We aren’t going to win the war on drugs’: MP calls for Australia to allow Amsterdam-style cafes where customers can smoke marijuana and eat hash cookies – Daily Mail

A state MP has called for Australia to introduce Amsterdam-style cafes where customers can enjoy hash cookies and smoke joints.

Fiona Patten, a member of Victoria’s upper house, said marijuana should be decriminalised so it can be bought at shops and enjoyed over a cup of coffee as it is in The Netherlands.

‘Would I enjoy Amsterdam-style cafes in Australia? Well, yes I would,’ she told Daily Mail Australia.

Ms Patten, who was elected as an Australian Sex Party candidate in 2014, argued the legalisation of marijuana for recreational use would improve the quality of drugs.

‘I’d like to see stores opening up all over Victoria where adults can purchase cannabis for recreational and medicinal use, knowing they are buying a pure product,’ she said.

‘We aren’t going to win the war on drugs.

‘What we can do is minimise the risk and harm of drug use.’

‘The acceptance of cannabis in Vancouver is obvious,’ she said.

‘Taxi drivers, coffee shop workers, and restaurant and bar staff had no complaints about the emergence of cannabis retail businesses.’

In the hippie town of Nimbin, in northern New South Wales, marijuana and hash cookies are openly sold on the main street and consumed at nearby cafes.

Cafes in Sydney’s Kings Cross used to illegally sell marijuana before police shut them down in 2003.

Cannabis has been sold at cafes in The Netherlands since 1976 at outlets known as ‘coffee shops’ however Dutch authorities in more recent years have banned them from being within 250 metres of a school.

Marijuana is allowed for personal use in The Netherlands and ‘coffee shops’ can only sell the drug, either as dried leaves or as space cakes and hash cookies, under strict licensing conditions.

In March, a Victorian parliamentary Inquiry Into Drug Law Reform called for recreational marijuana use to be legalised, after MPs on the committee visited Colorado and California, where it is legal to get high on cannabis.

They argued a sales tax could be levied on marijuana if it was legalised, and explored how cannabis could be regulated so it had child-proof packaging and was only available for sale to adults.

‘We can ensure our young people are able to test the substance they are going to take and feel safe in doing so,’ she said.

The Australian Greens this week called for cannabis to be allowed for personal use, arguing a 25 per cent excise and GST could raise $1.8 billion a year.

They argued people should be able to legally smoke dope, grow six plants of marijuana in their backyard and buy the drug at shops.

It is illegal in every state and territory of Australia to grow or possess cannabis.

However in South Australia and the Australian Capital Territory, offenders caught with small amounts of cannabis pay a fine and avoid criminal charges.

In other Australian states, repeat offenders are charged after cautions and treatment programs fail.

In the United States, Colorado allows people aged 21 or older to grow and carry 28 grams of cannabis.

California this year allowed adults to buy a similar quantity of marijuana for personal use. 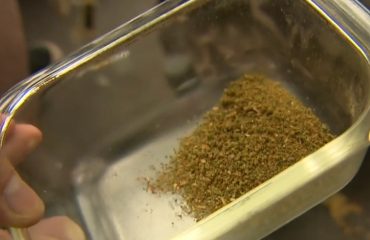 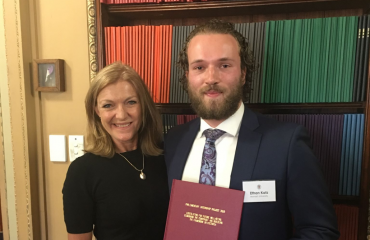