Ms PATTEN (Northern Metropolitan) (12:48:23): My question today is for the Minister for Education. Newlands Primary School is a small but important local state school that services the Preston, Coburg and Reservoir catchments.

In just seven years the school has seen its population explode from 88 to 236. This is expected to increase beyond 400 by 2024.

With such a growth in enrolments there are now serious capacity issues at the school. The school is having to relocate its library next year at some cost, and parents tell me that without new building works being brought forward to ensure that the capacity issues can be addressed sooner rather than later, the school will be forced to cuts essential programs such as music and performing arts.

Newlands has been overlooked for far too long by successive governments and has received less support relative to other schools in my district. Parents in the area deserve better.

My question is: will the education minister step in and ask his department and the Victorian School Building Authority to urgently assess whether fast-tracking the school’s masterplan and infrastructure pending a funding request is possible, so that it can be a safe environment for students and teachers who do such an incredible job? 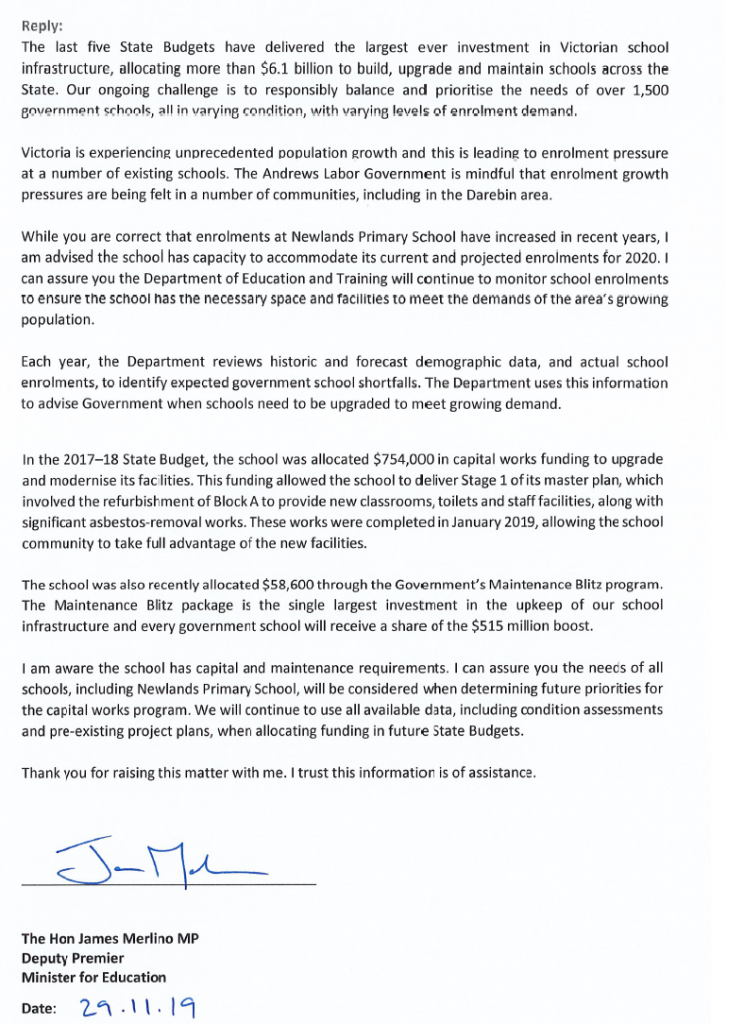