This comes as the Victorian County Court found Pell guilty of sexually abusing two choirboys while he was the archbishop of Melbourne in 1996.

Ms Patten said the decision finally brought justice to Pell’s victims and those tragically caught up in the Catholic Church’s atrocities.

“This is why we’ve been calling for religious transparency for so long,” Ms Patten said.

“The church’s secrecy and lack of accountability to the community and to the governments give them a sense of privilege and a belief that they sit above the law, that they are a higher power, well they are not.

“But today Cardinal Pell has the weight of guilt upon him – for the death of his victim who overdosed on drugs, the other victims who have killed themselves, victims that can’t get their lives on track, those victims who now have mental illness or are homeless. And to the thousands who are suffering in silence.”

Ms Patten said she felt heartbroken for the lives that could have been if the church had stood up and admitted what they’d done much earlier.

“I have such a wave of emotions today, anger and sadness this has taken 20 years. The Catholic Church has to apply the highest sanction onto Cardinal Pell, he must be excommunicated,” she said.

“Twenty years ago I published my book Hypocrites which put a spotlight on the number of successful prosecutions for child sexual assault cases in Australia, but Pell dismissed it entirely, refusing to admit that the church was guilty, that he was guilty.

“We spoke to survivors and we spoke to families of victims who had appealed to Pell personally and were dismissed and called liars.”

Ms Patten said the bravery and courage of all of those who spoke up against the most powerful figure in the Catholic Church had been vindicated, and now it is up to the church to do the right thing for the victims’ closure, and excommunicate Pell. 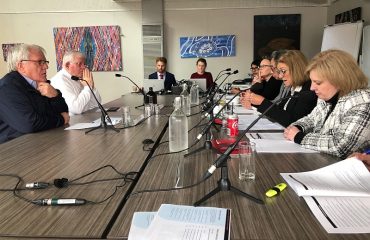 3CR – Why spent convictions are such a good idea – audio