Today we are flying the rainbow flag over the Parliament of Victoria, as the Premier prepares to make a formal apology to the gay community for old laws that criminalised homosexual behaviour. I spoke on the State of Victoria’s apology for the historical criminalisation of homosexuality:

“I would like to acknowledge the people in the gallery who have bravely and fearlessly campaigned for this wrong to be righted.

“The only purpose for which power can be rightfully exercised over a member of a civilised community, against his will, is to prevent harm to others. His own good, either physical or moral, is not a sufficient warrant.”

In doing so, Mill endorsed the view that although we may not agree with the private sexual lives of two consenting adults, it is not the role of the state to concern itself with such activities.

The idea that there are one set of laws for the majority of the community and an additional set of laws that prohibit activities on the basis of morality is not only to create the notion of second class citizens but it also undermines the human rights principle of equality under the law.

As we know in 1980 the Victorian Parliament passed a bill decriminalising homosexual acts. The act came into effect the following year, however the social stigma that surrounded homosexuality was still very much at-large.

Sadly, the 1980 reforms did not see the end of the persecution of gay men. It was a small but significant first step that enabled the future progression of gay men’s rights but also rights for all LGBTI people.

I worked in the HIV/AIDS field in the early 90s and I dread to think what the impact of the HIV/AIDS epidemic would have been if the unjust and discriminatory laws had not been reformed. In international jurisdictions the criminalisation of sexual activity between consenting adults leads to poorer health outcomes, particularly with respect to HIV. Let’s not forget that the impact of HIV was significant nonetheless and affected the lives of those men who had been charged with homosexual crimes. It is with some sadness that it took the parliament until 2014 to enable the expunging of these discriminatory charges. But let’s not reflect on that today.

Importantly, today we recognise that those laws against gay men were discriminatory and were not justified. We acknowledge that those laws created a rich environment for stigma, stigma that continues in some forms today.

It has taken 36 years for us to get from a bill decriminalising homosexual activity to an apology for the horrific harms caused but let us not pretend this means things are fine. The ongoing denial of marriage equality is a form of legal discrimination. LGBTI people have incredibly high rates of suicide and some of the poorest mental health outcomes. These issues still stem from the stigma fostered by legal discrimination then and now.

I can’t help but wonder, what will we be apologising for in another 36 years?

So I say sorry not only to those men who were affected individually, but also to their families and loved ones especially those here today. The shame that people carried is significant and I hope that today starts the healing process toward righting our state’s past wrongs.

I will leave the last words to the wonderful dancer, writer and activist Noel Tovey who has been pivotal in making this day happen.

“I think this will be the beginning of a lot of changes … maybe one day being gay will just be ordinary.”” 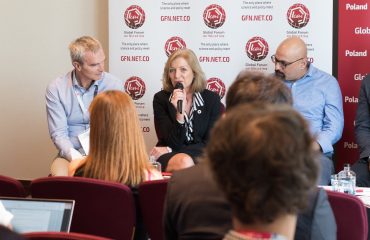 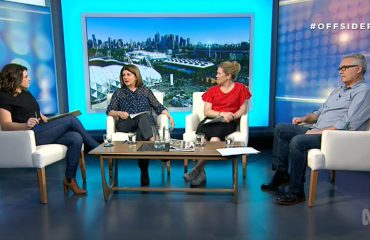