Despite numerous promises to act, the Victorian Government is dragging its heels when it comes to fixing laws around driving and medicinal cannabis, says Member for Northern Metropolitan and Leader of the Reason Party Fiona Patten MP.

“Medicinal cannabis is the only prescription medication that excludes you from driving,” said Ms Patten.

“And Australia is the only jurisdiction where this anomaly hasn’t been fixed. It’s time that changed.”

“Patients who ignore the standard medical advice to wait five days before driving – are not just risking a substantial fine or a possible suspension of their licence. If someone with a legal prescription for medicinal cannabis is unfortunately involved in an accident, their insurance may be voided.

“I am not suggesting that we should allow people who are impaired to drive. I am saying that people who have been prescribed a legal medicine should be allowed to drive.”

Ms Patten says that current laws are discriminatory against patients and shows a lack of understanding of the facts surrounding cannabis-based medicines. It also seems at odds with the overall push by the Andrews Labor Government to have Victoria seen as the Australian leader in the medicinal cannabis sector.

“The government have glossy brochures sprouting their progressive, innovative support for the medicinal cannabis sector in Victoria and I applaud them for going after the many jobs and other benefits that this growing area of the economy can bring, but you can’t have it both ways.

“You can’t encourage the manufacture of a medicine that brings relief to many patients then criminalise the very taking of that same medicine – it makes no sense whatsoever.”

Ms Patten remarked that attention should be paid to the issue of impairment and not the simplistic test of whether a driver has a positive THC saliva test.

The Reason Party has proposed changes to the Road Safety Act to fix this unique problem and while Roads Minister, and indeed the Premier, have indicated they are looking closely at the issue – so far, no action.

“I have put forward simple amendments in Parliament that would have fixed this problem, but the government rejected them,” Ms Patten said.

“At the time the Victorian Government went on to make the right noises about bringing forward legislative and regulative change themselves however those noises have become a faint whisper.”

The Reason Party leader has indicated she will be putting further pressure on the Government to act when the Parliament resumes in August.

“As this Government knows full well, you can’t just ignore an issue and hope it goes away,” Ms Patten said.

“So, it’s time to stop ignoring this issue and take action that will support thousands of patients finding relief through cannabis-based prescription medications.” 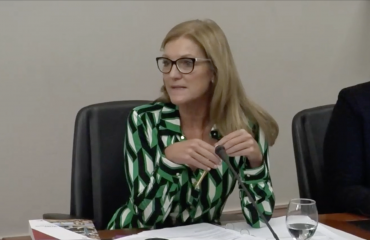 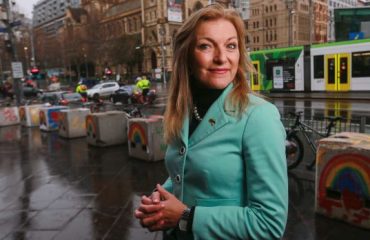 What the hell is it with politicians when it comes to sex and drugs? – The Canberra Times