Standing up for small businesses

Ms PATTEN (Northern Metropolitan) — My constituency question is for the Minister for Public Transport. Today I have had a number of constituents contact me regarding the closure of the Oxford Scholar Hotel on Swanston Street. It follows an article in the Age today, in which Malcolm Wulf, who has operated the pub for the past 25 years, says business has dropped by between $3000 and $5000 a week. The article says the government has offered no compensation.

Expert witness Terry Rawnsley in his Melbourne Metro Rail Project Business Impact report identified the problem when he said that environmental performance requirements were not detailed enough in regard to businesses in the north of the CBD, particularly around A’Beckett Street. He felt that foot traffic would fall by up to 80 per cent due to the footpath closures. Despite this the minister’s published Melbourne Metro Rail Project: Assessment under Environment Effects Act 1978, dated December 2016, states that a compensation process has not been proposed for the businesses that will be affected. The assessment was that these businesses will not need compensation. My constituents want to know, now that the pub will close: will compensation be paid? 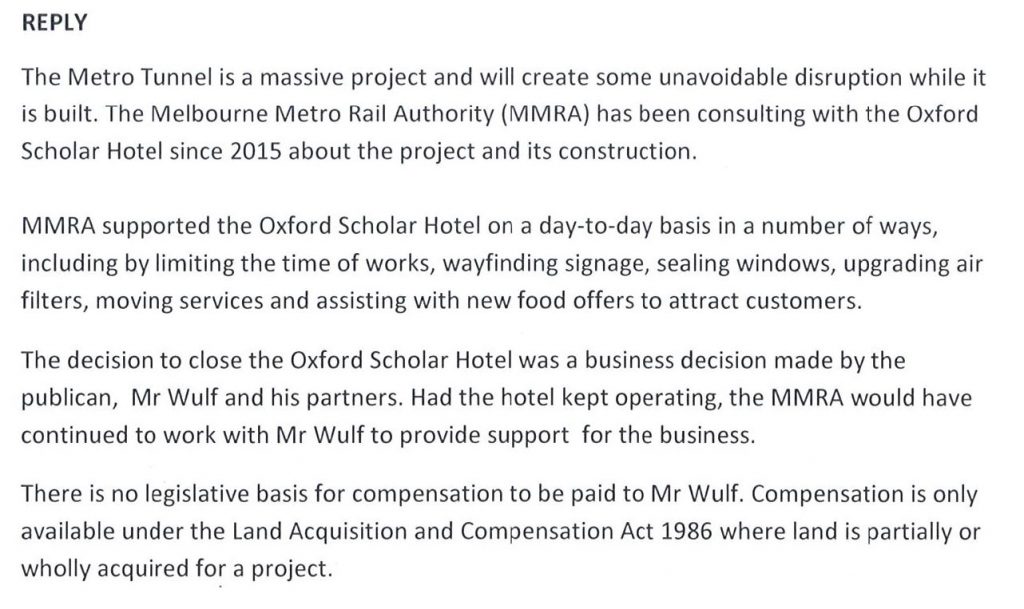 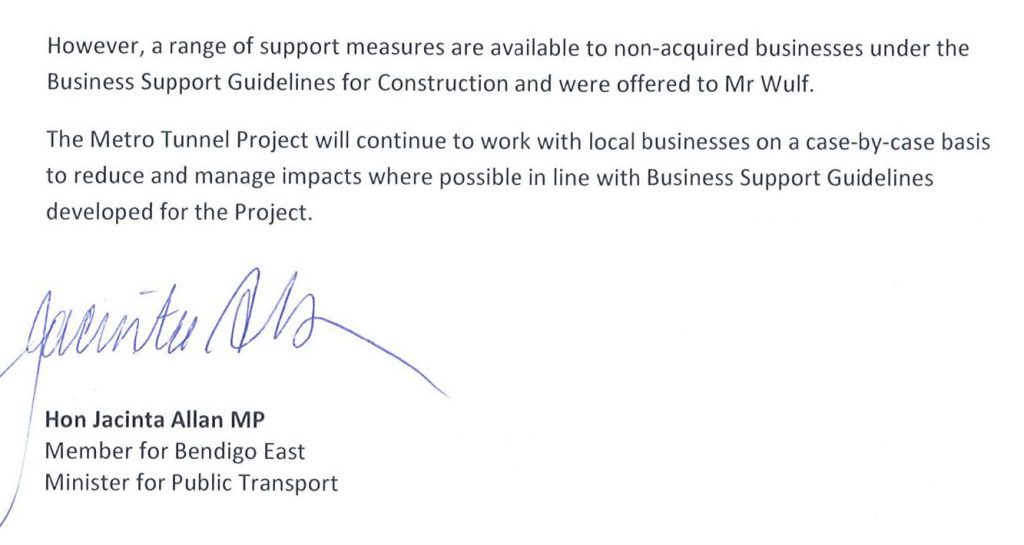 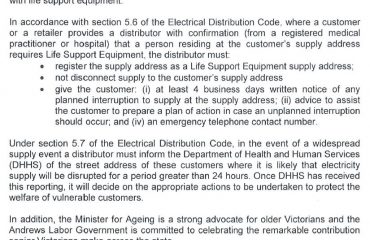