Ms PATTEN (Northern Metropolitan) (12:43): My constituency question today is for the Minister for Public Transport. My constituent Darren commutes to work by bike and train each day, a practice this government has encouraged.

Recently Darren became stuck in the city with his bike when buses were replacing trains due to works on the Mernda line, as he was told he could not take his bike on the bus.

When he asked Metro attendants if there were any buses coming that did have bike racks, they simply told him they did not know.

With much more work yet to be done on level crossing removals, my constituent has requested I ask the minister: how many train replacement buses offer bike racks, and will the government consider putting bike racks on all buses used on the network? 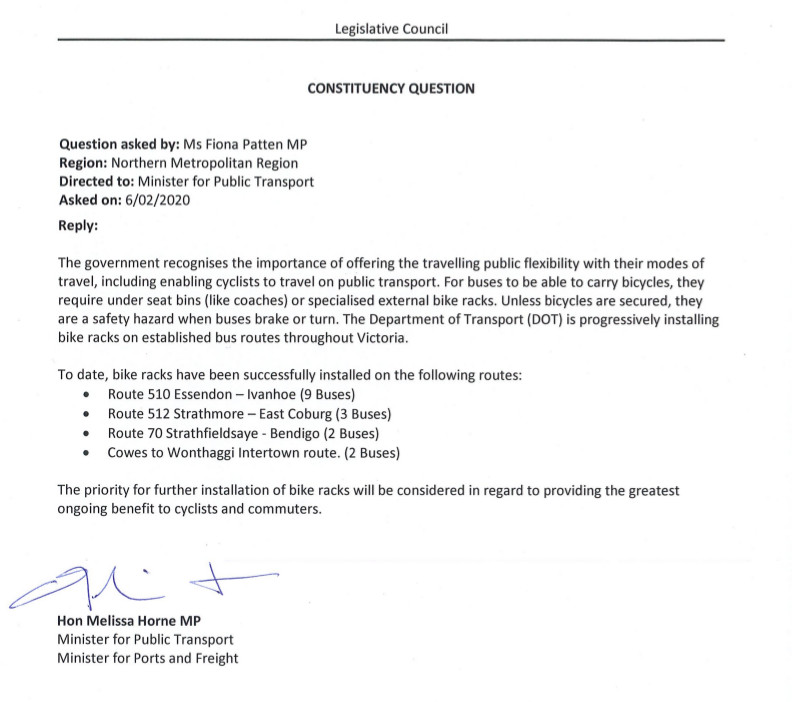