Ms PATTEN (Northern Metropolitan) (12:43): My question is for the minister for the digital economy. In the last few months we have seen an extraordinary rise in the value of cryptocurrencies, led by the continued heights that the most popular currency, bitcoin, has achieved. Today one bitcoin is worth over A$65 000. I have asked the government before about its intentions towards new forms of digital payments and was told by former Leader of the House Mr Jennings that the government was keeping an eye on this space. Minister, given the greater acceptance of digital currencies in the community, is the government developing a plan to promote the wider use of cryptocurrencies as digital payments in Victoria?

Ms PULFORD (Western Victoria—Minister for Employment, Minister for Innovation, Medical Research and the Digital Economy, Minister for Small Business) (12:43): I thank Ms Patten for her question. I was just talking about what I learned and did not learn in year 11 physics. Much could be said of my relative expertise in cryptocurrencies as well. I think Mr Jennings’s comments about watching the emergence of novel currencies—though some of these are not that novel anymore; they have been around for quite a few years—is something that government must continue to do. In terms of the modernisation of government payments and access to government services, that is a responsibility that predominantly sits with Minister Pearson, and the extent to which I have a role in it is in our supporting of industry capability and industry development, which of course is a neat complement to that. So rather than suggest to you that I know a lot about this, I might take that on notice and, if that is okay, confer with Minister Pearson and, if there is something we can provide you with in the way of an update between us, take the opportunity to do that.

Ms PULFORD (Western Victoria—Minister for Employment, Minister for Innovation, Medical Research and the Digital Economy, Minister for Small Business) (12:45): I thank Ms Patten for her further question. I guess by way of introduction to your supplementary you probably skirted a bit close to commonwealth regulatory responsibility, but the essence of your question was about Victorian government receipt of these currencies for payments. When you are talking about $65 000 for a unit, that might be things like a significant stamp duty bill or similar, not a fishing licence. But again I might take that on notice and see if we can come back with some contemporary information on that.

Ms PATTEN (Northern Metropolitan) (12:45): Thank you, Minister. It was probably less directed at government payments but more at digital payments in Victoria. So, yes, I look forward to that information. One of the richest men in the world, Elon Musk, has bet his company’s future on the adoption of digital currencies by recently investing $1.5 billion in bitcoin and allowing Tesla customers to purchase vehicles with it. Digital payment giants such as Square and PayPal recently began allowing users to trade in bitcoin, and now financial powerhouse Mastercard has said that they will support select cryptocurrencies later this year. In that spirit, Minister, will the Victorian government lead the way in Australia by moving to make digital currencies such as bitcoin acceptable? 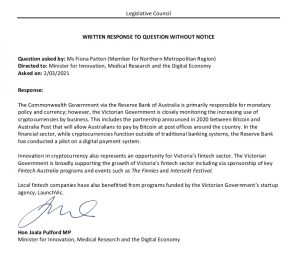 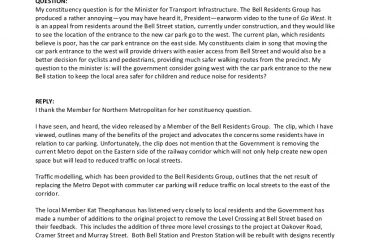 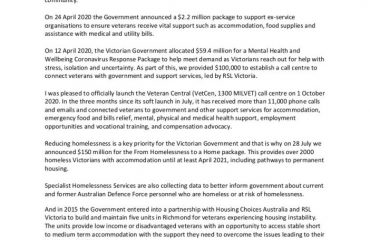