Ms PATTEN (Northern Metropolitan) — My question is for the Minister for Sport. Recently I surveyed sporting organisations in the Northern Metropolitan Region. In that survey several constituents, including the Brunswick Zebras Soccer Club, expressed concern about the extent of facilities for their female members. As the minister is aware, there has been a boom in female field sport participation flowing from the very successful first season of the AFL Women’s competition and now the international successes of our Maltidas, including that recent victory at the Tournament of Nations. Unfortunately these clubs are short of clubroom space, change rooms and fields to accommodate female teams, and some older facilities have been designed for men’s teams only. I note that the minister announced specific grants for this earlier this year, but they have not kept pace with this participation surge. Can the minister tell me how he will address this pressing issue? 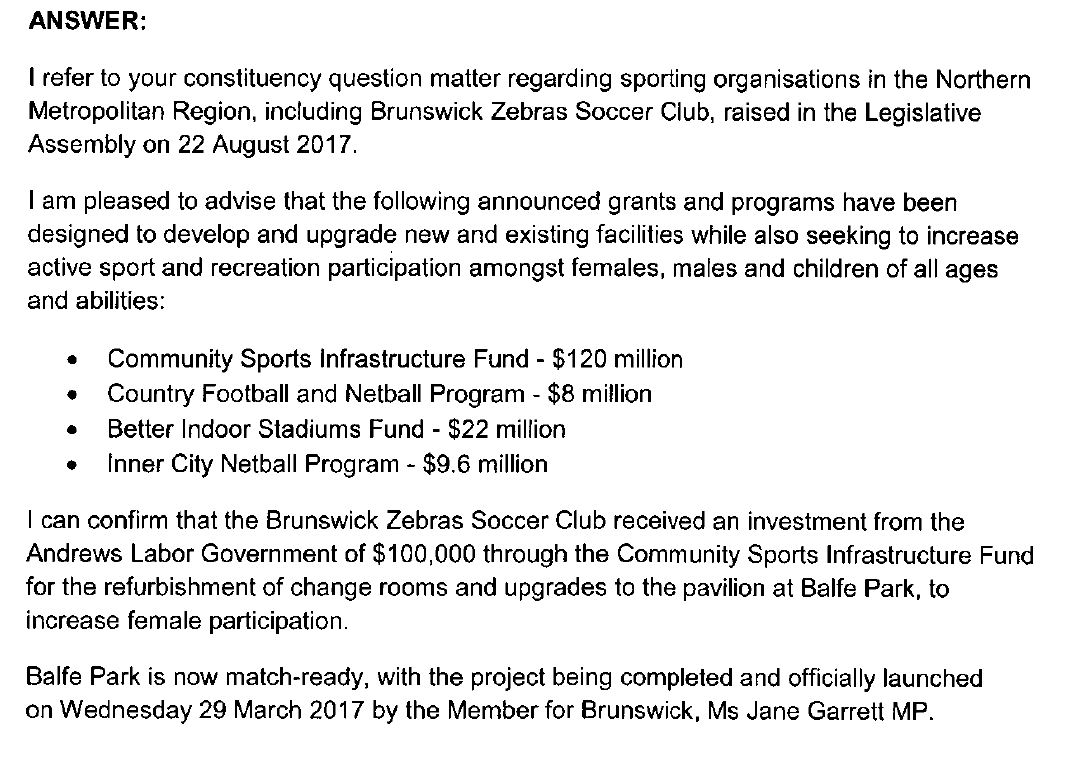 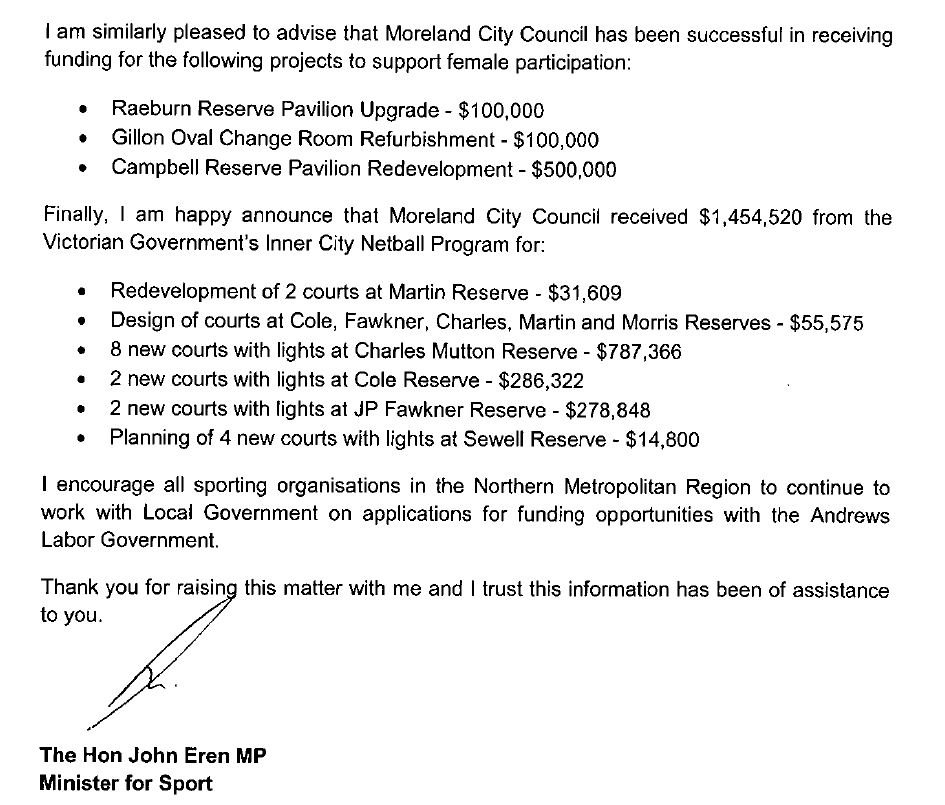