My question is for the Minister for Consumer Affairs, Gaming and Liquor Regulation, represented in the house by Minister Dalidakis, and it relates to poker machine reform.

A recent Essential Media Communications poll which surveyed 1035 respondents found 63 per cent supported the introduction of $1 maximum bets and only 15 per cent opposed it or strongly opposed it. Importantly, an even stronger 69 per cent of regular machine gamblers backed this measure.

This poll demonstrates the clear community support for a reform that I note has already been proposed twice by the Productivity Commission. So my question is: given that there is community support and an economic argument in favour of a $1 maximum bet, will the government take steps to introduce this type of reform?

The same poll indicated that changing regulations to make pokies less addictive was supported by 71 per cent of respondents, and even 60 per cent backed reduced trading hours at pokies venues.

Interestingly, people who gambled more than once a month were more supportive of reforms than non-gamblers, suggesting that gamblers are aware of the harm that is being caused.

So given that the very users of pokies are supportive of these reforms, what will the government do in response? 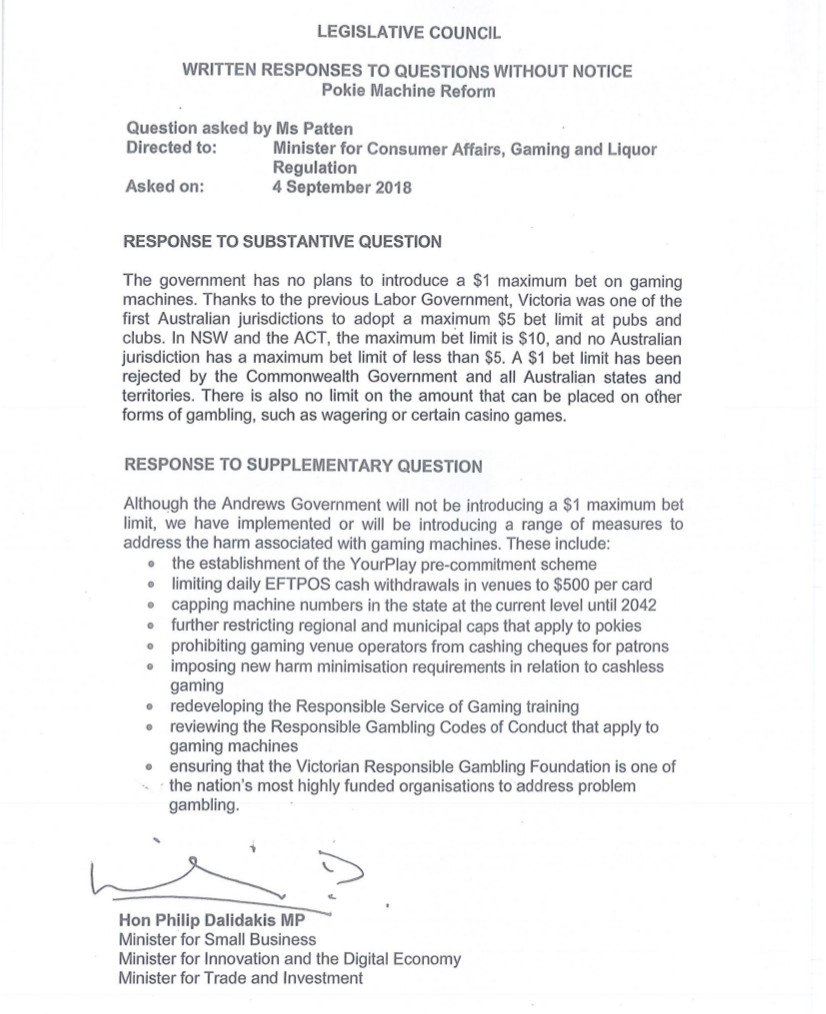